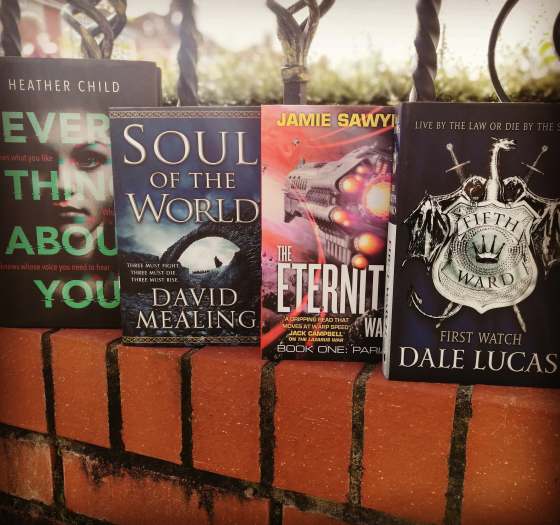 Somehow, another month has passed us by already…

Remember last month when I posted about the Swansea Blogger Collective? There was another one this month! That’s the wonderful thing about monthly events, they happen … well, monthly. Surprisingly.

Unfortunately, my car decided it was the opportune time to fail its MOT (memo to self – NEVER book an MOT on a Friday ever again). So instead of sipping tea and discussing books with fellow bloggers and the wonderful The, I was waiting for some cyclists to race past my house. It was a lot of build up, for something that was over rather quickly. I didn’t even get a shot of Geraint Thomas: 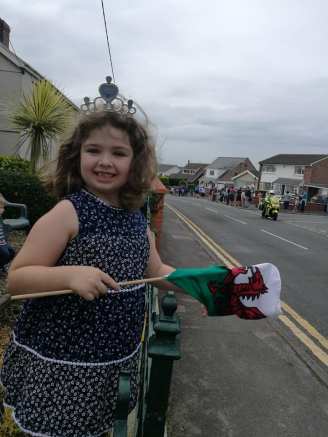 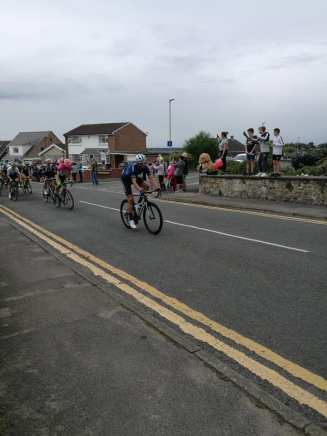 As you can see from the first picture, I have more books! This Sunday, an I drove an apologetic car to Swansea and picked up the books that The had very kindly set to one side for me (thank you very much!). Having missed the collective discussion about the books, let’s find out together what they’re about shall we? (Also, big thank you to Orbit for this month’s books!) 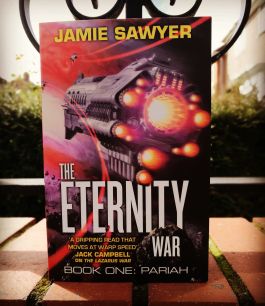 The Eternity War: Pariah by Jamie Sawyer
Available from Waterstones

The soldiers of the Simulant Operations Programme are mankind’s elite warriors. Veterans of a thousand battles across a hundred worlds, they undertake suicidal missions to protect humanity from the insidious Krell Empire and the mysterious machine race known as the Shard.
Lieutenant Keira Jenkins is an experienced simulant operative and leader of the Jackals, a team of raw recruits keen to taste battle. They soon get their chance when the Black Spiral terrorist network seizes control of a space station.
Yet no amount of training could have prepared the Jackals for the deadly conspiracy they soon find themselves drawn into – a conspiracy that is set to spark a furious new war across the galaxy.

First impressions: I’m not sure yet… space-sci-fi doesn’t always grab my attention (Children of Time did), I like my dystopians when it comes to sci-fi – but we’ll see! I have this nasty habit of judging sci-fis by their covers and then finding myself surprised at having enjoyed it (aka The Martian). 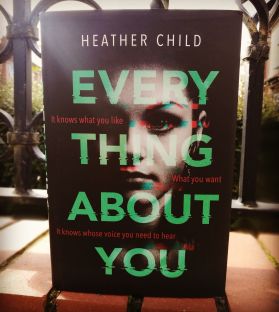 Every Thing About You by Heather Child
Available from Waterstones

Think twice before you share your life online…
Freya has a new virtual assistant. It knows what she likes, knows what she wants and knows whose voice she most needs to hear: her missing sister’s.
Although she disappeared eight years ago, this new tech has adopted Freya’s sister’s personality, recreating her through a life lived online. What’s more, this virtual version of the missing girl knows things it shouldn’t be possible to know. It’s almost as if she is still out there somewhere, feeding fresh updates into the cloud.
But that’s impossible. Isn’t it?
With twists and turns you’ll never see coming, Heath Child’s debut shows a chilling vision of a world that’s just around the corner.

First impressions: This is another one I judged before I even read the blurb. I assumed, from the big lettering across the front, that this was a murder mystery whodunit thing (quite possibly one of my least favourite genres) – and although it may well still be a murder mystery, it actually sounds quite Black Mirror-like. Colour me intrigued. 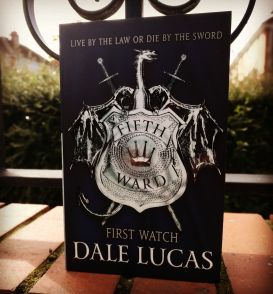 A watchman of the Yenara City guard has gone missing. The culprit could be any of the usual suspects: drug-dealing orcs, mind-controlling elves, uncooperative mages or humans being typical humans.
It’s up to two reluctant partners – Rem, a hungover miscreant who joins the Watch to pay off his bail, and Torval, a maul-wielding dwarf who’s highly unimpressed with the untrained and weaponless Rem – to uncover the truth and catch the murderer loose in their fair city.

First impressions: The cover reminds me of Ankh-Morpork’s City Watch badge, and the first quote on the back is from Nicholas Eames… so I have quite high hopes for this one!

Soul of the World by David Mealing
Available from Waterstones 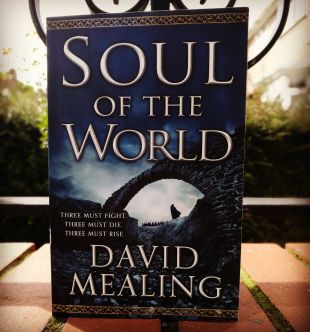 As the first of revolution rage…
In the city of New Sarresant, Sarine only cares about surviving – but soon her magical powers will draw the attention of both royalists and rebels.
And chaos spreads across a continent…
On the battlefields, Colonel Erris d’Arrent has already forged a formidable reputation, yet her enemies seem to know her plans before she’s even made them.
Three heroes must rise or the world will fall.
In the forests, Arak’Jur must wield an ancient magic if he hopes to unite the tribes – and avoid bloodshed.

First impressions: Ok not going to lie, this one definitely appeals to me the most. First of all, that cover ticks so many of my boxes – mysterious cloaked figure, facing down armed enemies, framed nicely in some partly ruinous looking stonework… yep, down with all this so far. Magic and battlefields and royalists and rebels… I do love me a bit of epic fantasy!

Next month, we won’t be meeting up for our monthly collective, so hopefully I will get some collective books read by the time we do meet up in November! Still to be read are last months books: 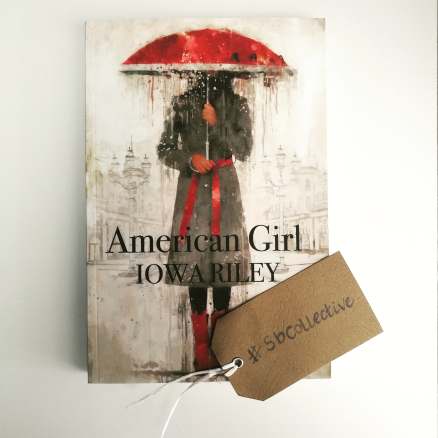 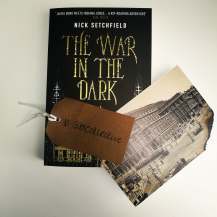 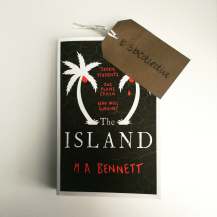